A beautiful place for learning and seeing birds. You will also learn about different plants and trees in Jamaica and their medicinal purposes. A great place if you enjoy bird watching.

Ecotourism is a form of tourism involving visiting fragile, pristine, and relatively undisturbed natural areas, intended as a low-impact and often small scale alternative to standard commercial (mass) tourism. Its purpose may be to educate the traveler, to provide funds for ecological conservation, to directly benefit the economic development and political empowerment of local communities, or to foster respect for different cultures and for human rights

Ecotourism is a form of tourism that involves visiting natural areas—in the remote wilderness or rural environments.

Responsible ecotourism programs include those that minimize the negative aspects of conventional tourism on the environment and enhance the cultural integrity of local people.

Ecotourism is a late 20th-century neologism compounded from eco- and tourism. According to the Oxford English Dictionary, ecotour was first recorded in 1973 and ecotourism, “probably after ecotour”, in 1982.

Ecotour, .. A tour of or visit to an area of ecological interest, usually with an educational element; (in later use also) a similar tour or visit designed to have as little detrimental effect on the ecology as possible or undertaken with the specific aim of helping conservation efforts.
Ecotourism, n. … Tourism to areas of ecological interest (typically exotic and often threatened natural environments), esp. to support conservation efforts and observe wildlife; spec. access to an endangered environment controlled so as to have the least possible adverse effect.

What is Bird feeding

Bird feeding is the activity of feeding wild birds, often by means of a bird feeder. James Fisher wrote that the first person recorded as feeding wild birds was the 6th-century monk Saint Serf of Fife who tamed a pigeon by feeding it. In the harsh winter of 1890-91 in Britain national newspapers asked people to put out food for birds.

Bird feeding is typically thought of as an activity of bird enthusiasts. People who feed wild birds often attempt to attract birds to suburban and domestic locations. This requires setting up a feeding station and supplying bird food. The food might include seeds, peanuts, bought food mixes, fat, kitchen scraps and suet. Additionally, a bird bath and grit (sand), that birds store in their crops to help grind food as an aid to digestion, can be provided.

Certain foods tend to attract certain birds. Finches and Siskin will be attracted by Niger,[5] and Jays love corn. Hummingbirds, sunbirds and other nectivorous birds love nectar. Mixed seed and black oil sunflower seed is favoured by many seed-eating species. Birds such as white-eyes, barbets, and some thrushes will take fresh and cut fruit. Different feeders can be purchased specialized for different species.

Garden birds can be fed using peanuts, seed, coconut (but never desiccated coconut) or fat (but not oils that are liquid at room temperature) using a variety of feeders. After the station is established, it can take some weeks for birds to discover and start using it.

What is Bird watching

Bird watching or birding is a form of wildlife observation in which the observation of birds as a recreational activity. It can be done with the naked eye, through a visual enhancement device like binoculars and telescopes, or by listening for bird sounds.

Bird watching often involves a significant auditory component, as many bird species are more easily detected and identified by ear than by eye. Most birdwatchers pursue this activity for recreational or social reasons, unlike ornithologists, who engage in the study of birds using formal scientific methods.

The first recorded use of the term birdwatcher was in 1891; bird was introduced as a verb in 1918.  The term birding was also used for the practice of fowling or hunting with firearms as in Shakespeare’s The Merry Wives of Windsor (1602): “She laments sir… her husband goes this morning a-birding.”  The terms birding and bird watching are today used by some interchangeably, although some participants prefer birding, partly because it does not exclude the auditory aspects of enjoying birds.

In North America, many birders differentiate themselves from birdwatchers, and the term birder is unknown to most lay people. At the most basic level, the distinction is perceived as one of dedication or intensity, though this is a subjective differentiation. Generally, self-described birders perceive themselves to be more versed in minutiae like identification (aural and visual), molt, distribution, migration timing, and habitat usage. Whereas these dedicated birders may often travel specifically in search of birds, birdwatchers have been described by some enthusiasts as having a more limited scope, perhaps not venturing far from their own yards or local parks to view birds.  Indeed, in 1969 a Birding Glossary appeared in Birding magazine which gave the following definitions:

Birder. The acceptable term used to describe the person who seriously pursues the hobby of birding. May be professional or amateur.

Birding. A hobby in which individuals enjoy the challenge of bird study, listing, or other general activities involving bird life.

Bird-watcher. A rather ambiguous term used to describe the person who watches birds for any reason at all, and should not be used to refer to the serious birder.
Twitching is a British term used to mean “the pursuit of a previously located rare bird.” In North America it is more often called chasing, though the British usage is starting to catch on there, especially among younger birders. The term twitcher, sometimes misapplied as a synonym for birder, is reserved for those who travel long distances to see a rare bird that would then be ticked, or counted on a list.

The vervain hummingbird (Mellisuga minima) is a species of hummingbird in the Trochilidae family. It is found in the Dominican Republic, Haiti and Jamaica, and is a vagrant to Puerto Rico. Its natural habitats are subtropical or tropical moist lowland forests and heavily degraded former forest.

The black-billed streamertail (Trochilus scitulus) is a species of hummingbird in the Trochilidae family. It is endemic to eastern Jamaica. It is sometimes considered a subspecies of Trochilus polytmus.

Hummingbirds drink nectar, a sweet liquid inside certain flowers. Like bees, they are able to assess the amount of sugar in the nectar they eat; they normally reject flower types that produce nectar that is less than 10% sugar and prefer those whose sugar content is higher. Nectar is a mixture of glucose, fructose, and sucrose, and is a poor source of nutrients, so hummingbirds meet their needs for protein, amino acids, vitamins, minerals, etc. by preying on insects and spiders.

When the black-billed streamertail of eastern Jamaica (found mostly in the parish of Portland) is considered a separate species, the red-billed streamertail occurs west of a line from Morant Bay following the Morant River, and via Ginger House and the middle Rio Grande to Port Antonio.[3]

The next-to-outermost rectrices of the male are 15–18 centimetres (6–7 in) long, far longer than its bearer’s body. Trailing behind the flying hummingbird like thin black streamers, these feathers make a humming sound. Females lack the elongated rectrices, and are largely white below.

These birds feed on nectar from flowers using a long extendable tongue or catch small insects on the wing.

Doctor Bird (founded 1965) was a British and Jamaican record label named after the Jamaican Doctor Bird. It was founded by Graeme Goodall after his break from Island Records. By 1971 it had a subsidiary Jazz Workshop Records.

The adult male measures 4.5 inches (11.5 cm) without the ‘streamers’. With the streamers, it measures 10 inches (25 cm). The crown and tail are black. The feathers at the nape of the neck form tufts. The body is a bright iridescent green. The bill is red with a black tip. The ‘black-billed’ streamertail is identical in every respect except for the colour of the bill, but is a slightly smaller bird. The female’s crown, neck and back are pale green. The lores are pale brown, the wings dark brown, and the tail black with outer feathers tipped with white. The underparts are white. The bill has a dark brown upper mandible and pinkish-brown lower mandible.

From Wikipedia, the free encyclopedia

The  Jamaican Mango Hummingbird (Anthracothorax mango) is a species of hummingbird in the Trochilidae family. It is an endemic species of Jamaica, meaning, it is found only on the island of Jamaica and nowhere else in the world. Its natural habitats are subtropical or tropical moist lowland forests and heavily degraded former forest.

From Wikipedia, the free encyclopedia

Jamaica Airport Transfers, specializing in airport transfers from Montego Bay Airport MBJ. We provides you with a chauffeur driven car to and from the airport in Montego Bay. We have a range of vehicle size to choose from to suit your specific needs: cars, minivans, minibuses and coasters. Whether traveling on business or pleasure we trust that we will be able to provide the right service for you, taking you to your destination in comfort and style . 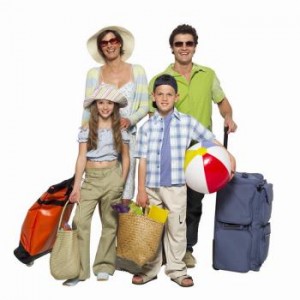 We will pick you up at the airport and take you to any hotel of your choice. We operate every day to and from the airports no matter how late or early the flight leaves or arrives, our airport transfer service will be there for you. We track all flights for delays and early & late arrivals, including canceled flights.

All reservations are prepaid by debit or credit card, so you never have to pay the driver or worry about price change or over charge. Our system will send you a confirmation for every trip via email and a payment receipt for your financial records.  Now book online and pay in cash on arrival Jamaica Airport Transfers Montego Bay and Adventure Tours and Cruise Excursions.

– Meet and Greet in Arrivals

– We will monitor all flights for delay

– The Car is just for you (not shared with others)